Reviewing “The Wives” by A. Popoff: The Russian Woman and Other Stories 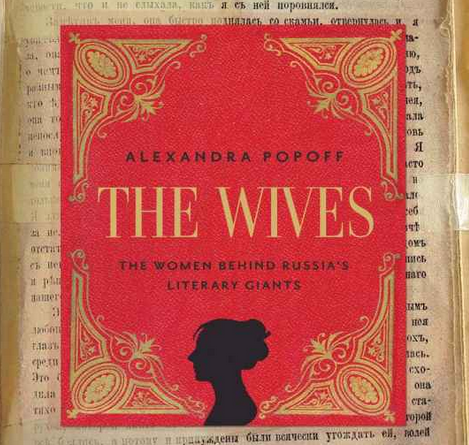 I picked up The Wives for free and read it in two days. As a feminist, I’ve always adored women’s histories, and as a fan of Russian literature, I looked forward to reading about the conditions in which some great works were made. Unfortunately, while Alexandra Popoff’s new book “The Wives” started off strong, by the end of the book I felt as though the biographies were too tainted by a nostalgia for patriarchial Russia to take seriously as a work of history. Popoff reviews the lives of Mrs. Tolstoy, Dostoyevsky, Mandelstam, Bulgakov, Nabokov and Solzhenitsyn. While the women start off strong, by the end of the book, figues like Vera Nabokov and Natalya Solzhenitsyn disappear almost completely behind their husbands and a very distracting political bias.

For example, Popoff suggests that Bulgakov, Nabokov and Solzhenitsyn all longed to escape to “the free world” – i.e. America, where at the time lunch counters were still segregated by race and women were not admitted to most universities. She describes the conditions in the Soviet Union as dire indeed, while life in Tsarist Russia seem to be sheltered in a relaxing aristocratic dream haze.

Perhaps most disappointing about this book is the message driven home by Mrs. Solzhenitsyn near the end. Solzhenitsyn was himself a famous defender of the patriarchial Orthodox church, and his wife echoes this nostalgia by saying that “Russian women are more dedicated to their families than in the West” (285).  This dedication extends to living in extreme poverty, emotional abuse, tolerating affairs and even Mandelstam forcing his wife to wear a pacifier in her mouth so as to not “interrupt him” (122). These wives are not focused on for surviving these difficult times; indeed, their accomplishments are only celebrated through those of their husbands. Their dedication to their husbands is what makes them inspirational, and not much else. A woman who types drafts and suggests words is seen as contributor more than one who was keeping the fires burning during difficult times. The greater the writer’s wife, the more slavish her love for him.

It was worth reading for insight into the lives of famous Russian writers, but unfortunately, not so much for insight on their wives. Rather, the woman become one more lens through which we can adore the great men in their lives. This seems to be revisionist, nostalgic nonsense, completely in contradiction with the Russian woman as portrayed by Soviet and even Russian history, a woman who is independent, strong and worth writing about on her own right. The wives portrayed by Ms. Popoff surely have their own stories to tell… unfortunately, they are only revealed in relation to their husbands.